On June 26th, 2020, a noose was found in a Daniels construction site located on Sumach and Dundas Street, in Regent Park. This Incident sparked a community march against racism and the forming of the Regent Park Black Lives Matter Coalition. The coalition launched an inaugural event on Saturday August 8th 2020, in the Big Park right in front of the Daniel’s Spectrum.

We spoke to Joanne Warner who is a resident of Regent Park and also the founder of Regent Park Black Lives Matter Coalition with the support of school colleague Peter Scott and Walied Khogali, the co founder of the Coalition Against White Supremacy and Islamophobia. 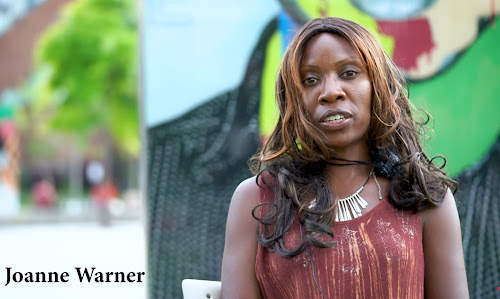 Joanne explained the need of a black lives matter group in Regent Park. In addition to a noose being found in Regent Park, Joanne argued that there are still many black residents in Regent Park and their needs are not being met. Joanne also alleges through the discovery of data that black families have being pushed out of Regent Park during the revitalisation and that this is an ongoing issue.

To Joanne the noose was a reminder not only of the George Floyd killing at the hands of police in Minneapolis, Minnesota, USA, but also of the brutal history of slavery, her own family tragedies and her belief that Regent Park’s black community has lost its voice.

Joanne was also inspired by Michelle Obama who she had an opportunity to hear at a speaking engagement held at Ryerson University. Joanne realised that she had to do something about the issues she cares for herself and not count on others to take the lead. According to Joanne, the Regent Park Black Lives Matter is not only about the black people, but it is about all racialized people in Regent Park having justice and freedom. “ Our diversity really is our strength. If we don’t find our voices, if we don’t work together, if we don’t know who we are, if we don’t remember our roots, we can’t go no where. We can’t overcome anti black racism; we can’t over come white supremacy.” say’s Joanne.

Joanne felt hurt to hear about a noose in her community because it goes to show that the hatred is present. Joanne argues that Regent park is not new to hatred, police brutality, white supremacy, and white privilege. The noose represents a strangling of our freedom, our justice, justice, and equality but also our need to rise up to power and to speak up against hatred. Joanne makes clear that she is not living in Regent Park just to survive but she is there to thrive!!! She will not let a noose stop her from speaking on what is right and wrong.

To watch the full video click the link below:
https://www.youtube.com/watch?v=F2Qhu9TMlAo

(Gaelle is a summer journalist with Focus Media Arts.)