What I Learned from Speaking to City Councillor Kristyn-Wong Tam

It was my privilege to speak with City Councillor Kristyn Wong-Tam who represents Regent Park and the broader community of Ward 13. We discussed some of the highlights of her political career and her professional philosophy. This article is a profile on a successful public figure originally from Regent Park and about the takeaways from her career from the perspective of this reporter. Whether or not you agree with her politics, this article is about following through on your beliefs. 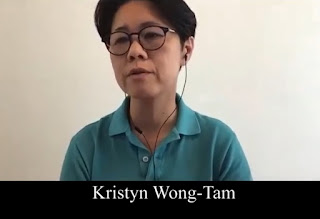 Elected in 2010, Kristyn Wong-Tam has spent a decade as councillor, formerly representing Ward 27 and later Ward 13, working alongside of community organizations and partners to focus on the idea of Community Resilience.

“Being able to ensure that the communities I represent have all the resources that they need to build stronger safer more inclusive neighborhoods is important to me. I take that very personally because I was an immigrant and came to Canada with my parents.” said Wong-Tam.

“Those early days of extreme hardship, extreme poverty, have never left me. I’m still to this day very grateful that I have a roof over my head, I’m housed, I have my health and adequate access to food, which was not always the case especially as a young person with struggling parents. Why I say it’s important is it actually influences everything I do, and it’s deeply embedded in my core values.”

While researching for our interview, I found it fascinating how the councillor has long focused on a diversity of opportunities for funding, some of which are less conventional than others. Her ethos of community resilience has always had both a social-community organizational framework along with a financial plan. A balancing act between inspiration, planning and action.

One example of this was Wong-Tam’s plea to city council for a Toronto Expo 2025 which ultimately did not come to fruition. Expo Vancouver and Montreal in the past are part of what made Wong-Tam who she is today as she recounts being inspired as a young immigrant in Canada and feeling truly Canadian for the first time. They inspired her to reach for her dreams, engendered a strong sense of pride and belonging in Canada, and planted the seed for an ever-growing appreciation for the pragmatic legacy of the Expos in the form of social infrastructures (like public transport) which remain as iconic today. Her vision of Expo 2025 was not just an opportunity to host the world in Canada and peacock to other countries, but an opportunity to create long-term change backed by deadlines and a financial juggernaut. Although this did not come to pass, the lessons acquired through this process are nothing to be scoffed at.

“I was very deeply interested in helping the people who have been left behind and Expos are a way for 3 orders of government - Canada, Ontario, and the city-- to focus their energies and prioritize the execution. Often times without a very large catalyst, we know that governments sometimes take their time. Sometimes they don’t make a decision and nothing gets done. Expos have hard deadlines. You have to get it done.”

The next area that Wong-Tam tackled, this time successfully was how she helped to refresh the Regent Park Social Development Plan (SDP) for 2019 and acquired funding of over $635,000. The SDP was first approved by city council in 2007 yet it never received funding. Kristyn Wong-Tam along with various community leaders were able to rewrite the SDP to address the updated needs of the community and acquire that funding for the Toronto 2020 budget. This has helped to further galvanize the Regent Park Community towards its broad goals of Safety, Health, Employment and Communication to build a stronger community along with the physical redevelopment. Though the SDP has been slow in its coming to fruition, the fact of having gotten the plan passed in 2007, then essentially sitting on the shelf for over 10 years and then finally getting tangible backing in the form of financial funding is huge.

The motion to Defund the Police set forward by Josh Matlow and backed by Kristyn Wong-Tam was largely unsuccessful. In fact, what was passed was technically more funding for the police in the form of body cameras. What was the biggest success in all of this? I believe it was two-part: listening to the voices of Torontonians and the kind of society we want moving forward and identifying who is onboard in city council and who we need on board.

“Although there are many residents who are demanding, shouting, begging and grieving for change, inside the council chambers, the power brokers who control council that can actually make the difference are not willing to do it. I would also say that the mayor who controls council happens to also sit on the police service board and he controls the police service board. Which means that if we as a city are truly going to get the policing reforms that we desperately need in order to save lives and deliver better and stronger public safety, then we’re going to need the mayor’s support. And right now, he is not on side. And we need him on side.” argues Wong-Tam.

Kristyn Wong-Tam is an example of a leader and an advocate for change and a representative of the community. Her dedication to public discourse whether they be on the Regent Park SDP, the Black Lives Movement to defund the police or to bring Expo to Toronto, is all about how we can marshal the resources to build a better, healthier community.

In reflecting on Kristyn Wong-Tam’s work in getting resources to support the SDP, I am excited to hear about opportunities to mobilize youth and inspire them to re-imagine Regent Park for their own futures. What I learned from my conversation from Kristyn Wong-Tam is: to think and plan in detail, engage with your community and finally make it a priority to follow through on inspiration with deadlines. Never stop believing in your potential to make a difference and to create a future that may now only be a dream. Dreams are the fuel for actionable change at the personal and communal level.

Thank you to City Councillor Kristyn Wong-Tam for the opportunity to speak about her work.