The coronavirus pandemic has put thousands of people out of Canadians out of work, especially lower-income people and minimum-wage workers. The financial strain has made it nearly impossible for many to pay rent. Here in Downtown East Toronto, including such neighbourhoods as Regent Park, Moss Park and St. Jamestown, many residents are renters who may be working minimum-wage jobs in non-essential businesses. Bill 184 is a new piece of provincial legislature that seeks to address some of these issues, but it has been met with criticism and controversy. We talked with Toronto Centre MPP Suze Morrison to learn more about the bill and how it can affect renters. 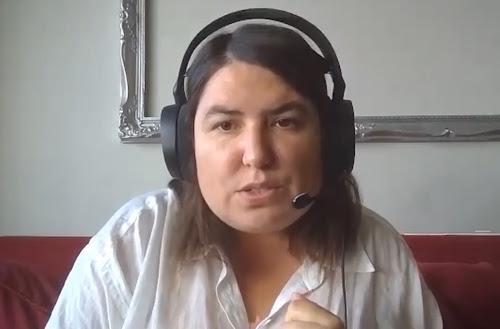 Bill 184 is an omnibus bill, meaning it contains a number of different topics. One of the most important changes lets landlords and tenants discuss payment options without the involvement of the Landlord and Tenant Board (LTB). In theory, it’s supposed to make the negotiation process easier and more efficient. As Morrison points out, though, the LTB exists for a reason--to make sure both parties have fair representation and are not being taken advantage of. Tenants are especially vulnerable, especially in cases involving large property owners--larger corporations may have access to legal services and advisors that the average tenant can’t afford. As a result, the law has been dubbed the “Eviction Bill” by some politicians and activists alike.

Landlords, however, say the bill favours tenants and doesn’t protect their rights. For smaller, mom-and-pop landlords, the monthly rent payments are necessary for them to stay afloat and repay their mortgage.

Over the past few weeks, Ontario lifted both its provincial state of emergency and temporary ban on evictions. The provincial government, however, is still holding onto a lot of the powers that a state of emergency entails. Morrison calls this lack of accountability dangerous, and says it’s still too soon to re-open the eviction process. “[Tenants] are no more able to pay today then they were two, three months ago,” Morrison says. Though the pandemic has slowed down, the economy has not rebounded to the point where people can consistently make rent payments.

In response to the Covid crisis, the NDP developed a rent subsidy plan where tenants would receive a payment of 75% of their rent from the government, up to $2,500. Under this plan, tenants get help to pay their rent and Landlords get paid, and evictions would be banned for the next four months.

The pandemic has hit marginalised communities the hardest. Middle- and upper-class people often work white-collar jobs that can be conducted online, but lower-paying jobs (where women and racialised people are overrepresented) can’t work from home. As a result, they’re laid off or put on leave; either way, they’re not being paid and the income gap widens. People of colour, especially Black and Indigenous people, face systemic discrimination in housing and healthcare. Working mothers are staying home to take care of their children, since schools and daycare services are limited. Though these issues have always been present, they’ve been worsened by COVID.

Having a safe and secure place to live is one of the most basic of human rights, but many Torontonians are facing housing insecurity. Hopefully, we'll see accountability and action from the provincial government. No one should be worrying about whether or not they will end up homeless, especially not in the middle of a global pandemic.

(Chloe is a youth journalist with the FOCUS Media Arts Centre).