The Regent Park neighbourhood is undergoing a massive transformation from social housing community to a mixed-income and mixed-use community. As a result of this revitalization, the Regent Park community is the beneficiary of a beautiful new park, a gloriously designed aquatic centre, a new community centre, a new track and soccer field, a new arts centre (Daniels Spectrum), two new child care facilities and a newly built youth centre (Dixon Hall).  What many people don’t realize, is that the building of these new amenities had a lot to do with a little known and understood City policy, called Section 37.

Section 37 is a part of the Ontario Planning Act that deals with zoning issues and community benefits. This complex but crucial legislature is applied when developers exceed limits on building height or density. In return, they must provide benefits for the community. This may include: recreation centres and child care, public art, heritage sites, access to greenspace like parks and ravines, or creating public community spaces in private buildings. If the developers aren’t directly involved in the construction or development of community spaces, they can contribute by “cash-in-lieu”--giving money to the city that can be used for development.Since city budgets are insufficient and unable to support key neighbourhood resources, councillors use Section 37 as a way to fundraise for their wards. Instead of raising taxes on their citizens, developers pay towards improving their communities. To ensure Section 37 rules apply, councillors often set building height and density limits “artificially low”, much lower than what would realistically be built on that land. By encouraging new developments to break by-laws


Section 37 brings in an almost-guaranteed community resource budget for the city. Unfortunately, this motivates councillors to approve buildings they may not want to, as they’re desperate to improve community resources at whatever cost.

One of the most contentious issues around Section 37 is that there’s no set calculation to determine how much developers should pay. It’s up to councillors to request whatever amount they think is fair. Some municipalities have a similar mandate known as impact fees that apply when developers exceed by-law limits. Impact fees, however, are pre-determined and not left up to judgement in individual cases. Bill 108 would calculate payments based on a fixed percentage of the property’s market value as opposed to height or density. Proponents of the bill say it will regulate Section 37 fees from ward to ward and not motivate developers to break by-law limits.
But the bill was heavily influenced by the Ontario Home Builders Association, and critics think that will actually harm the community. Basing fees on market value will encourage councillors to approve high-value developments like condos over low-value hubs like libraries, community centres, and schools.
Another problem is the lack of transparency around how the funds are being used. Funds from Section 37 are redirected to a central budget in Parks and Recreation, making it difficult to discern how the money is actually being put to use. Centralising money brings up an important issue about which neighbourhoods are benefitting from Section 37 and which ones are suffering. In-demand areas like Yorkdale and the Beaches, as well as rapidly-gentrifying areas, are hot spots for construction, meaning increased community benefits. But lower-income, less-popular boroughs who desperately need more community spaces don’t have the same level of interest from developers. Central budgets benefit neighbourhoods who don’t have prospects for new ​developments, though popular areas argue that since the construction is in their ward, the money should stay within their community.

Section 37 is a controversial piece of legislature, pitting neighbourhoods against each other to fight for already-limited resources. It was introduced as a way to increase funding for communities, but it’s often viewed as a loophole for developers to exceed by-law limits. Section 37 forces councillors to choose between sacrificing land to high-value projects or giving up community benefits for their citizens.

However problematic Section 37 has been and continues to be, it has served the Regent Park community well. 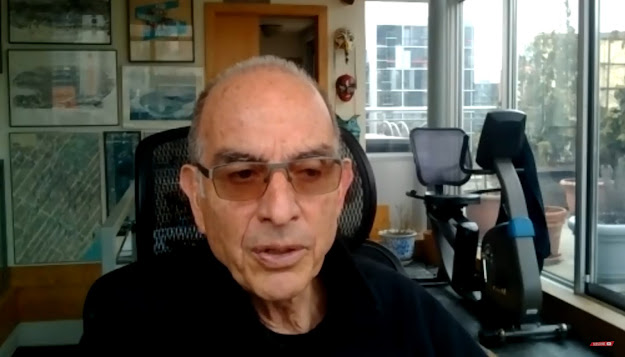 To see an interview with Urban Planner, Ken Greenberg about Section 37 click here.
By Chloe
Nguyen-Drury
Chloe is a summer journalist with the FOCUS Media Arts Centre