Over the past 15 years Toronto’s Regent Park neighbourhood has been going through the process of revitalization. Regent Park, once a neighbourhood made up solely of public housing, most of which were buildings over 50 years old, is being transformed into a multi-use, mixed income community. Although on the surface this is a needed change, there is much concern that the Regent Park revitalization will echo the processes of gentrification that many Toronto neighbourhoods have gone through over the last few decades.

Gentrification is the process of updating and beautifying a community which on the surface sounds positive, however it unfortunately leads to increases to the cost of living and high housing costs. This in turn leads to an influx of wealthy neighbours while many of the original residents end up being displaced because they are no longer able to afford the cost of living in their community.

A strong argument can be made that the Regent Park revitalization has thus far avoided many of the negative impacts that other Toronto neighbourhoods have faced as a result of gentrification. Afterall the Toronto Community Housing (TCHC), who is managing the redevelopment, has guaranteed the replacement of most of the rent-geared-to-income social housing stock ensuring that low-income tenants will always have a home in the community. Furthermore, the area’s long history of tenant activism has contributed to ensuring that all of the neighbourhood institutions and supports that residents relied upon in the past, will remain, and that the new built amenities will be accessible to low income residents.

Currently however, Toronto Community Housing is in the process of selecting a new development partner for the final phrases of the revitalization of Regent Park, and there is much concern among community members that the condos, market housing and amenities that will be built, will not serve the needs of low-income residents.

To ensure that residents needs are met, a new resident group has formed calling themselves the Regent Park Coalition, and they have inserted themselves in the negotiation process between Toronto Community Housing and the potential developer, through a tool called Community Benefits Agreement.

A Community Benefits Agreement is a tool that is used to ensure that developers meet the needs of the community by securing investments from the developer that help the area such as the creation of full-time jobs, and the building of community spaces and facilities for use by residents. Generally, in most places in Toronto, community benefit agreements are negotiated between developer and the City of Toronto as part of the granting of building permits.  In the case of Regent Park, Toronto Community Housing will act on behalf of the City of Toronto, to negotiate an agreement that will be sent to the City for endorsement.  In Regent Park past examples of the work of Community Benefits can be seen in various developments including the Pam McConnell Aquatic Centre, the Daniels Spectrum building and the various community centres in the area.

The Regent Park Coalition is hopeful that TCHC will embrace their community benefits requests for negotiation with the selected developer in the final phrases of development.

Walied Khogali, a resident of Regent Park and member of the Regent Park Coalition, summed it up best when he said “Community Benefits is a means for us to basically bring some economic justice for our community.” 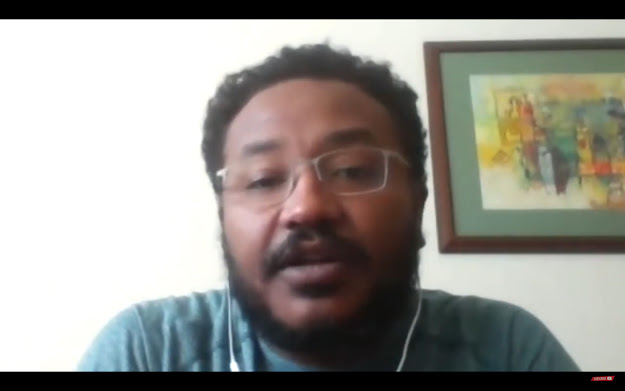 The Coalition has been working with community groups, organizations, and residents to obtain input and feedback related to securing economic opportunities and benefits for the community and has developed a list of benefits that the group want to see included in the negotiations between Toronto Community Housing and the developer for a community benefits agreement.  This list includes a demand for permanent full-time jobs and financial supports to assist tenants in becoming home owners.

Khogali, states that the Coalition “has been instrumental in helping TCHC better understand the needs of our community”.


By Adaku Huggins-Warner with contribution from Adonis Huggins