THE FIGHT FOR CCTV SURVEILLANCE CAMERAS AT 220 OAK STREET 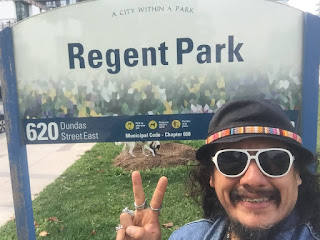 RPTV News interviews Miguel Avilla-Vellarde a Regent Park resident, and community activist, who has been involved in ensuring community safety through improvement of CCTV surveillance cameras at 220 Oak Street a Toronto Community Housing (TCH) apartment building located in Regent Park, in the area of River and Oak Streets.

Motivated by the history of violence at 220 Oak, a total of six incidents of violence leading to death since 2011, Miguel along with other residents have campaigned the City of Toronto and TCH to install security cameras. The TCH has rejected these efforts on the grounds that the cameras violate certain aspects of privacy legislation. This argument however has met with resistance from residents who cite that neighbouring TCH buildings do have security cameras. And while the immediate safety of residents at 220 Oak Street is a concern for all vested parties, the path to resolving the matter has been mired in the bureaucracies of both the TCH and the City of Toronto privacy policies, reminiscent of the legacy of shifting Federal and Provincial policies toward public housing that spans the whole history of Regent Park going back to 1949.

In the end, the years of tenant advocacy, and involvement of many other actors including, for example the late Pam McConnell, have paid off, and Toronto Community Housing has approved the instalment of CCTV surveillance cameras for 220 Oak Street. Instalment is scheduled to begin in February of 2020.

Dimitrije is a staff member of the Focus Media Arts Centre.