What We Learned From the Ontario Basic Income Pilot

Regent Park has long been recognized as one of the lower-income neighbourhoods in the downtown Toronto area. There is a higher representation of visible minorities, refugees, immigrants and Aboriginal people in the neighbourhood compared to neighboring areas. The average income for Regent Park residents is approximately half the average for other Torontonians. However, the residents of Regent Park are not alone.


There is currently close to two million Canadians in Ontario are facing poverty and/or are categorized as low income. In fact, Ontario has one of the worst poverty rates in Canada, which causes a lot of hardship for children and families in this country. One proposed solution for addressing this problem is the idea of a basic income. But what exactly is a basic income? According to the Basic Income Earth Network, basic income is defined as an unconditional periodic cash payment made to individuals.

In March 2016, Ontario Budget, Kathleen Wynne’s provincial government committed to creating the Basic Income Pilot Project aimed at testing the merits of providing Ontarians with a basic income. Wynne and the Liberal Party presented this project as an innovative answer to the ever increasing issue of wage gaps and income inequality, as well as a hopefully sustainable solution to reducing poverty and its negative impacts on low income communities.

To help with the creation of this ambitious pilot project, the provincial government brought in Hugh Segal, a former Conservative Party senator. Wynne’s Liberal Party government used Hugh Segal’s discussion paper, Finding a Better Way: A Basic Income Pilot Project for Ontario, along with information from consultations with Ontarians held between November 26 and January 31 2017, to design their Basic Income Pilot Project.

The idea behind the Basic Income Pilot Project was to determine whether people given a basic income would be better able to meet their basic needs, while also experiencing improvement in their lives in areas like mental health, food security, housing stability, employment and market participation, and education and training.

Participants in the Basic Income Pilot Project consisted of two groups. One group that would receive a monthly basic income payment and a second group who would not receive the basic monthly income payment and was used as a comparison group. In order to be eligible for the Pilot, you had to be between the ages of 18 to 65, live in one of the pilot areas (Hamilton, Brantford, Brant County, Lindsay, Thunder Bay and surrounding towns), and qualify as low income (earn less than $34,000 per year if single or $48,000 per year if a couple). Under the Pilot, the group receiving a basic income were given $16,989 for single participants or $24,027 if participants were a couple. Any income earned through employment would be deducted at a rate of 50 cents from their basic income for every dollar earned.


The Basic Income Pilot Project was originally set to run for three years, with payments starting to be made in late 2017 and full participation of the project completed by April 2018. During implementation of this project, provincial elections were being held and a new party government was elected in June 2018. Although the Progressive Conservatives had made promises to preserve the program, once elected the new government under Doug Ford quickly made plans to wind down the Pilot Project. After reviewing the merits of the project the PC government didn’t see how a research program aimed at a limited amount of people could be beneficial to the larger low income community. In addition the Ford government determined that the cost of operating the project on a full scale would be costly to the Ontario people. The Basic Income Pilot was given six months to wind down and the last of the basic income cheques were delivered to participants March 31, 2019. 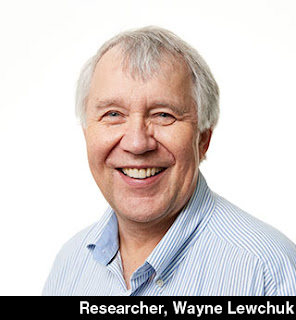 Although the project only lasted for around 17 months there are still various discussions being held on the outcome the project had on the participating communities. Follow up research and interviews conducted with Pilot participants by McMaster University that was led by lead researcher Wayne Lewchuck, showed positive impacts the project had on the participants including overall health improvements, a decline in mental health stress and anxiety, improved housing security, better relationships between friends and family, and improved diets.

To hear more about the Basic Income Pilot and its impact, Regent Park TV features a conversation with Wayne Lewchuck, the McMaster University research lead who released a study on the results of the pilot. The video can be viewed here https://youtu.be/tQrwvXRzoCw .


by Adaku Huggins-Warner
(Adaku is a volunteer journalist with the FOCUS Media Arts Centre.)
Posted by Regent Park Focus at Friday, June 05, 2020