RPTV reports on TCHC's selection of a new development partner for Phases 4 and 5 of the Regent Park Revitalization.

On Dec 15, 2020, the Board of Directors at Toronto Community Housing Corporation (TCHC), approved Tridel Builders Inc., as the new partner developer for phases 4 and 5 of the Regent Park revitalization. Founded in the 1930’s, Tridel Builders Inc is the largest builder of condominiums in the Greater Toronto Area. Along with announcement that Tridel Builders Inc. was selected as the new partner developer, TCHC disclosed that Tridel will allocate $26.8 million towards community benefits for the Phases 4 and 5 of the Regent Park development, tripling the amount allocated in years previously!

This decision followed over two years of intense consultations between Regent Park resident’s groups who were surprised by TCHC’s May 4, 2018, announcement that TCHC will be issuing a call for proposals, for a new developer to complete the final stages of the Regent Park Revitalization. In this meeting, Kelly Skeith, Senior Director of Development for TCHC, argued that its contractual relationship with the Daniels Corporation - the current developers of Regent Park, was always scheduled to end with the completion of phase 3 and that issuing a request for proposal for a new development partner is a standard practice of the corporation’s public accountability and fiscal management responsibility. The Regent Park Neighbourhood Association (RPNA), led by Marlene Genoa and Stephanie Beatty of the RPNA Leadership Team, greeted the announcement with skepticism and derision, and TCHC was openly challenged by community members over its lack of transparency for failing to inform residents years earlier about its intentions to tender for a new developer. Members also voiced their interest in continuing its 10-year long relationship with Daniels.

Since the acrimonious meeting of May 4, 2018, TCHC has made concerted efforts to involve residents in its process of decision making for a new development partner. Two representatives of RPNA were invited, on a confidential basis, to participate on the developer’s selection committee, and more effort was made to engage residents in the selection process including the development of a joint TCHC /resident Revitalization Working Group, as well as a resident only TCHC community meeting to hear and rate the development presentations from the three shortlisted developers (Daniels Corporation, Capital Developments and Tridel Builders Inc.). Over 300 residents attended the presentations.

Despite these efforts of collaboration, members of the community mobilized with the Toronto Community Benefits Network to form the Regent Park Community Benefits Coalition. The Community Benefits Coalition has been putting sustained pressure on TCHC to work more closely with the community to ensure that the selected developer will provide additional assets and resources identified by the community. These benefits go beyond the development of affordable housing and market buildings. For example, community benefits negotiated by TCHC with Daniels in phrases one, two and three, has been valued at $8,296,000 according to City Toronto Oct 28, 2019, Supplementary Report - Resourcing the Regent Park Social Development Plan. These funds went towards: employment initiatives for residents; a new state-of-the-art community centre; a state -of-the-art aquatic centre; the building of the Daniels Spectrum Art Centre; and new athletic grounds - complete with a basketball court, soccer/cricket pitch, an NBA size basketball court and rejuvenated ice rick and field house.

Although one can’t really say for certain how much influence tenant advocacy had, but along with announcement that Tridel Builders Inc. was selected as the new partner developer, TCHC disclosed that Tridel will allocate $26.8 million towards community benefits for the Phases 4 and 5 of the Regent Park development, tripling the amount allocated in years previously!

Responding to concerns that the new developers may not be as accessible and responsive to the community as Daniels has been, William Mendes, the Director of Program Delivery for TCHC, had this to say,

“Daniels has done an excellent job in getting involved with the community and engaging with the community to understand what are some of the challenges that residents of Regent Park face….And Tridel has also done the same in other communities where they are our developer partner, in Alexandra Park and also Leslie Nymark.”

With two developers in Regent Park, Mendes feels that the Regent Park redevelopment will be a unique opportunity for residents to continue its relationship with Daniels while at the same time build new relationships with Tridel.

With the finalization of the new partner developer confirmed for Phases 4 and 5 and community benefits in the amount of $26.8 million, the next stage in the transformation of Regent Park will be a one-year community engagement process to identify more closely what the community priorities are and when construction will begin. Peter Zimmerman, Senior Development Manager for TCHC , informs us in a recent interview (Feb 12. 2021), “We hope to get an application for the first buildings within the next 12 months, we have to design them, we have to take them through the approval process, and then we have to get them set-up for construction. So, I would say sometime within the next 24 months delivery of the first buildings. Final roll out of the entire development probably within the next eight ten years.” 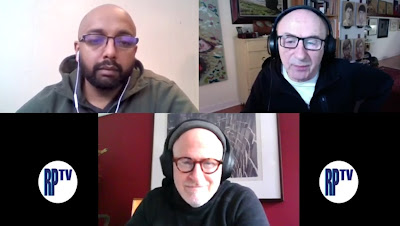 In Regent Park, where the revitalization is now in its final phases there has been an urgency to see TCHC, the two developers and all the community stakeholders come together in an equitable, sustainable, and fiscally sound manner. Striking the right balance is not lost on anyone who is involved. It is after all a historic moment, a moment when the slate has been brushed clean, and everyone has a chance to make this project work.

Written by
Dimitrije Martinovic
With contribution by Adonis Huggins