Western Muslim Identity: Embracing your Niqab and your Citizenship 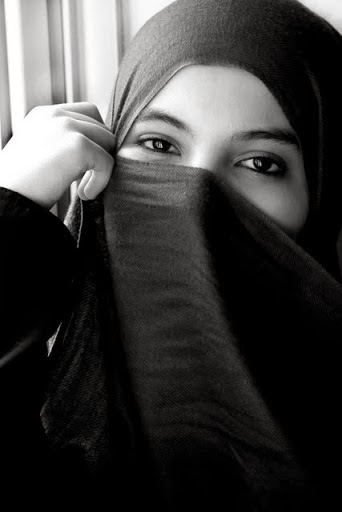 In recent years western perceptions of Islamic practices such as forced marriage, extremism, sexism, terrorism, and most recently, 'honour' killing, have riled up quite a bit of controversy in Western media critics. For example, one of the most recent topics that have surfaced as problematic has been the niqab. A niqab is a veil that Muslim women use to cover their faces in order to be seen as who they are and not what they look like. To some, the niqab represents the Muslim population exercising their right to follow their religion, some individuals believe it is a security issue, and to others it signifies the Muslim minorities failing to integrate with Western society. Although the niqab is perceived by the many to be a practice that is oppressive to women wearing the niqab, but the woman wearing the niqab may think differently. Not only do many perceive the niqab as oppressive without even asking the woman directly, the person practicing her right to wear niqab has her own struggle of trying to properly function in society as a niqabi woman. In truth, the niqab is another excuse among many for the post 9/11 western media to generate stress among the Muslim minority.

What is Canadian identity?

Canada is often thought of as a country with a pluralistic and diverse society; therefore one assumes that Canada ought to be a mosaic of appreciated cultures. A place where all citizens are willing to understand and maybe even appreciate each others’ different belief and value systems. Malicious practices like ‘honor’ killing are depicted as prevalent in our culture that are used as excuses in effectively separating Canadian culture from the things that Muslims are depicted of doing.

Technically speaking, it’s simply Islamophobia disguised as biased sampling data; a few choice case studies cannot represent an entire community. Almost all Muslims, including myself know that there is no honor in killing, no matter what the situation, but sadly, our views aren’t the ones that are voiced on TV and printed in the papers. This oh-so-convenient ‘misunderstanding’ of Islamic culture is what creates the friction between the Islamic and Western worlds. As a young hijabi woman growing up between both worlds, I can see that there are many similarities between each cultures’ values, and often notice that Islamic practices are well mirrored to Western ideals. Like the west, Islam is egalitarian. Equality is always upheld in Islam; for example, there is no mosque for people of a certain country, financial status, or race, all mosques are open to all people, even non-Muslims (considering they are respectful). In mosques, people from completely different backgrounds pray shoulder to shoulder and worship the same God, because God doesn’t discriminate, so why should God’s worshipers? On the other hand, there are churches for certain countries, and races, there are Bulgarian churches and churches for black people, and even Chinese churches. Now how can the west eliminate racism if there is still segregation at a place as integral to spiritual life as the place of worship?

Fighting all kinds of oppression is on the forefront of Islamic values, and we have been doing an excellent job at adhering to these ideals, and have been waiting for the west to catch up to us.

So, what is Canadian identity?

Canadian identity is and always will be, to-be-determined. Canada is a country of immigrants. Whether 2nd generation or 13th generation, we are immigrants, and therefore the cumulative culture and identity of the people will be a constantly evolving idea that will depend on who are the active members of society at that time. If Muslims want Islamic culture to be an assimilated part of Canadian culture, we can make it happen, all we need to do is stop using our skin color, hijab, and other ‘differences’ as an excuse to why our people can’t integrate with society, instead just get outside and participate. This goes for people of all cultures, not only Muslims: the key to re-defining Canadian culture and getting this country to accept our values is to volunteer, work, and engage themselves with their country.

Listen I don't know how to say this but it's not going to be easy it sure ain't going to be hard I have one question that just about to start... What Is Family? Is it the blood that makes you related or even the friends that came from the same. Or together you've been raised? See its not just one question but these certainly rattle your minds because people of today are currently family blind. See you might feel as if no ones there friends won't always care so family may be all you got. Not everyone will listen they're just kind of mild, you can be in a huge family and still feel like the only child. Reliability is issues when trust has already been broken pick yourself up don't listen to what these people have spoken, learn to look after yourself before you have anyone else snack because you still carry your bag on yours. Yeah its great to help them but don't fall into their dirty chores, take your own advice it can really help you. No one knows you like you do and that is true. I'm happy for the loved ones in their life, that are there through any fight, carrying the loyalty with all their might, because it takes a strong person to get it right. I am Nadia not just anybody, individually is what I love and it helps being different. Into empowering underestimation because whether it bothers any of not nothing will stop into growing a higher elevation. Through any situation I smile because I'm still breathing and to be the best I can that is just another reason.

I am a Muslim Girl Modesty is my middle name

“Terrorist” and “dangerous” are carved in my blood

While side looks and shameless whispers get pierced to my earlobe

Though sincerity is written in my fingertips

No man shall ever see

The humanity hidden in my palms

Or the respect I carry within myself

As innocent as can be

What have I ever done?

That only Allah can see

Do not judge me for who you think I am

And watch me put up a fight

I am a warrior, built out of clay

And will always be ‘till the last day

By: Sadia Islam
Posted by Regent Park Focus at Friday, June 01, 2018 No comments: