New Developers for Regent Park - Announcement But Not Consultation

In May of 2018, residents of Regent Park were informed for the first time about the possibility of a new developer moving into the area after years of building a relationship with the Daniels Corporation. Many reacted angrily, “We don’t want to start over again” residents stated repeatedly.

Development Manager of TCHC, Kelly Skeith, sparked resident anger with the May 4, 2018, community announcement that Toronto Community Housing will be inviting developers to send proposals for the next four and five phases of the Regent Park Revitalization. “ We are proud and thrilled that Daniels has worked so closely with us, but we have a certain procurement policy, we have a certain way that we must sell land because we are a public agency,” explained Skeith.

However, many residents are now asking why this critical information was withheld from the community?

In a follow up residents’ meeting on May 15, 2018, organized by the newly formed Regent Park Neighbourhood Association (RPNA), Delegate Marlene De Genova, who has been living in Regent Park for seven years, demanded that Toronto Community Housing be more upfront when dealing with the community. “Transparency is what they (TCHC) promised us, and transparency is what we expect”. 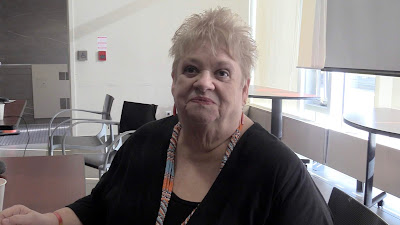 RPNA delegate, Stephanie Beattie, agreed with her colleague that a great deal of information has been hidden from residents. “There is a lack of information. There is nothing in the (TCHC) website. We are finding that we have to ask the right question if we want to get the right answer,” argues Stephanie.

At the meeting, RPNA delegates argued that TCHC should not only be transparent regarding the Request for Proposals and all related decision making but that it also commit to realistic timelines and accurate assessment of the risks involved with changing developers at this late stage. The delegates’ message was that residents are the primary stakeholders and investors in the redevelopment and that their needs should be prioritized! One solution, put forward by former Member of Provincial Parliament for Toronto Centre, George Smitherman , was to adamantly oppose TCHC and advocate to City Council to reinstate Daniels and reverse the procurement policy, a policy that was adopted during Rob Ford’s tenure as Mayor.

In an effort to address community concerns, Skeith maintained that the TCHC master plan, which includes the vision, timelines, budgets and the quantity of affordable housing, will not change. In addition, Skeith relayed the news that Daniels has confirmed that they will be submitting a bid. Skeith also surprised the meeting attendees by offering to have four residents participate in the review of the development proposals, provided they are willing to uphold confidentiality.

Although RPNA agreed to accept the proposal, delegate Marlene De Genova remains skeptical that residents’ voices will be heard. Resident representatives, she reminds us, must maintain confidentiality and are unable to report back to their respective association members. “What is the point of having residents involved in a decision making process if there are no opportunities for them to share information or gain feedback from the other residents and elected delegates of RPNA and the Tenant Council?”

What are the issues at stake with the call for a new Regent Park developer for phases four and five?

- Lack of information, transparency and resident decision making: It's been nearly five years since the public housing agency's directors scrapped an existing contract with the Daniels Corporation. Residents say they only learned about the move in the last month. Who is making decisions related to evaluating the proposals from developers and how much actual decision making will residents have?

Will a new developer stake their reputation on the quality of the buildings in the way Daniels has?

- Delays in the timelines of the projects. A project that originally was to take 12 to 15 years, could now take 15 to 20 years. Residents living in older housing and those awaiting return will now have to wait longer due to delays related to having a new developer. Additionally there are safety concerns with the areas that are awaiting development.